My aunt Pamela Bradley, who has died aged 86, devoted her life to helping others. She especially assisted recently settled families from Pakistan and Bangladesh in Bradford.

Known by friends and relatives as AP, short for Auntie Pam, Pamela was born in Sheffield to Jack Bradley, a barrister’s clerk, and his wife, Edna (nee Wright), known as Eddie, who worked for the clerk of the assizes on the north-eastern circuit.

After leaving Pudsey grammar school AP took a teacher training course at Newton Park College, Bath, and in 1955, deciding to broaden her horizons, she went to Nigeria to lecture at St Helen’s College in Ondo state. By the time she left in 1963 she was deputy principal. She returned to the UK to become the warden at Parcevall Hall near Grassington, North Yorkshire, a retreat and conference centre for the Anglican diocese of Bradford.

In 1973 she went to teach English as a second language to ’s junior school, Manningham, Bradford. She lived in the heart of the mostly Asian community and learnt Urdu to help her to talk to parents.

Her next post was as multicultural affairs officer for Bradford council, liaising between schools and the education authority to help these families to integrate. For this work she was awarded a Winston Churchill Memorial Trust travelling fellowship in 1982, which funded a visit to Pakistan, to gain an insight into the background of the families who had emigrated to Bradford. Over the next few years, and now in her 50s, she went to Pakistan on two more occasions at her own expense.

After going back into teaching as deputy head of St Paul’s junior school in Manningham, she retired in 1987 to live in a cottage in the Yorkshire Dales, and immersed herself in the arts. She adored postwar British artists such as Henry Moore, Barbara Hepworth and David Hockney, was a member of the Folio Society and sat on the council of the British Art Medal Society, which commissions small-scale sculptures, sales of which fund the purchase of larger works.

Pamela turned down at least two marriage proposals, and was hugely loved by her family, friends and former colleagues. When dementia prevented her from living alone, she moved to a care home near her sister, Joy, in Hunstanton, Norfolk, where she spent more than 20 years.

She is survived by Joy and by her nephews, Andrew and me. 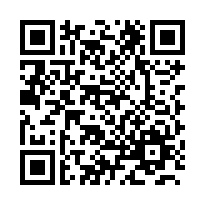